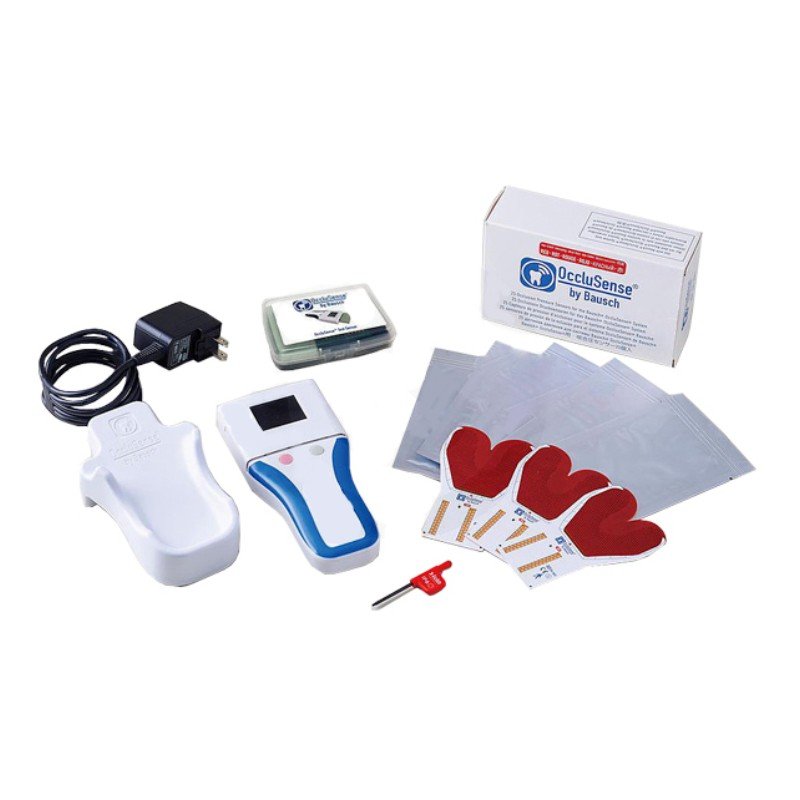 OccluSense® - The Future of Occlusion Control.

The OccluSense® system with its 60µm thin disposable pressure sensor, colored in red, records both static and dynamic occlusion and is being used just like traditional occlusion test material.

The patient's masticatory pressure distribution is digitally recorded in 256 pressure levels and transmitted to the OccluSense®- iPad-App via WLAN for further evaluation. The customary color transfer on the patient's occlusal surfaces facilitates the attribution of the recorded data.

This data, which can be displayed as a 2- or 3-dimensional graphic including the masticatory force distribution at up to 150 frames per second, can be stored in the patient management system of the iPad-App, retrieved or exported any time. Thus, occlusal changes can be documented before and during occlusal adjustments.

For patient education, the use of the OccluSense®-System helps to improve communication with patients and to clarify the necessity of the respective treatment by presenting the occlusion visually. 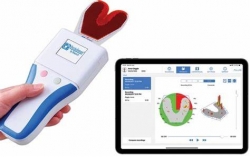 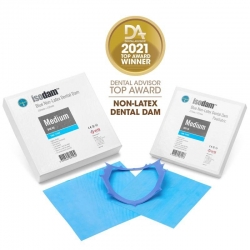 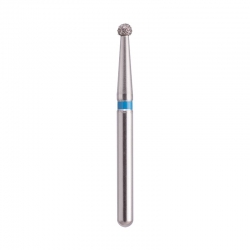 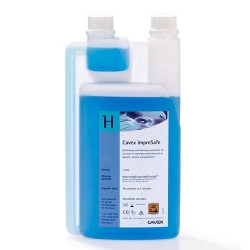